Tax Manager, Mike Moreton, and 11 members of staff at our Chandlers Ford office, joined the many runners (and pooches) on 2 December to complete a 5k community fundraiser on behalf of the charity, Sophie’s Appeal. As well as taking part in this year’s run with his 6-year-old son, Mike also mapped the route.

The charity was set up by the parents of Sophie, who died of kidney cancer in 2004, to support the social, emotional and educational welfare of children, their families, nursing and support staff and provide a caring and supporting environment in both local hospitals and in the community.

Mike said, “I’ve taken part in various events over the last couple of years and have had the pleasure of meeting Sophie’s parents (Mike and Lin) who are very grateful for the money raised for the charity.

“The event raised approximately £600, which is enough to send a family away to the Rainbow Retreat for a week.As an office we raised roughly a quarter of this through entrance and sponsorship.”

The Chandler Ford team also raised £1,452 for the charity in the summer by undertaking the Three Peaks Challenge. 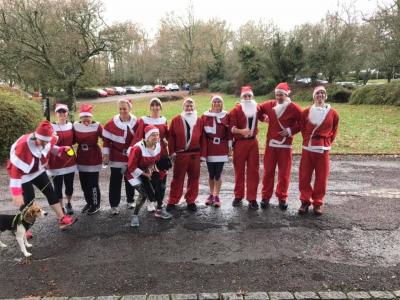