The team was made up of Natasha Wooton, Dan Langston, Andy Lee, Mark Milner and Alan Cooper from Chandler’s Ford office, Dom Currie from Havant, and Richard Pike from the Segensworth office. There was a large turn out of Rothmans colleagues, friends and families to support the team, which made good progress through the tournament.

‘It was a great day out for the team and all of our supporters,’ said Alan Cooper, captain of the Rothmans side. ‘We had a good run. However we were finally defeated in the quarter finals. Next year is our year!’ 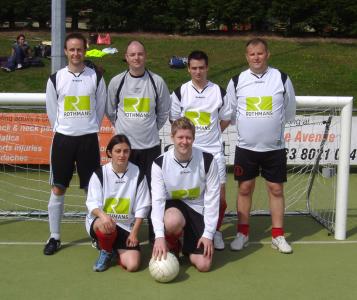