The biggest PAYE changes in 70 years now in force

In April, the HMRC introduced a new way of reporting PAYE, known as Real Time Information (RTI).  Heralded as the biggest alteration to the PAYE system in nearly 70 years, there was some formidable media speculation in the run-up to its introduction about whether the changes would create the PAYE equivalent of the ‘Millennium Bug’.

So how successful has the transition to the new system been so far? We asked Habib Brora, a partner at Rothmans Eastleigh.

“Some providers, such as Sage and QTAC, were inundated with calls following HMRC’s computers being taken offline for the upgrade between 4 and 6 April, to the point that people could not get through on the helpline – an unlucky few complaining of call waiting times in the region of two hours.  There have also been technical errors arising with HMRC Online, difficulties in downloading HMRC’s Basic Tools for 2013-14, and some problems reported by Payroll Software providers, including organisations being ‘locked out’ of the RTI system altogether. Despite these problems, the transition is considered to have been fairly successful, so far,” Habib reports.

“But employers beware – errors made in the information submitted to HMRC could not only incur penalties, but also the wrath of employees who have just had their tax credits changed.

“To minimise the risk of error messages, rejected submissions and other complications, we have been advising our clients to ‘cleanse’ their data, making sure their payroll records and employee databases are completely accurate for the first submission, and to ensure the employees’ records at HMRC are also correct, so that there is as little chance as possible of an information mismatch.  We also confirmed with our clients the staff payment dates to ensure RTI submissions are made on time.”

Says Habib: “There have been concerns for the smallest businesses who may pay staff more frequently at varying times in the month but only process the payroll once a month, as RTI stipulates that before the employees are paid, the payroll information needs to be reported. HMRC have relaxed this rule for small businesses with less than 50 employees until 5 April 2014 to allow sufficient time to adapt the monthly payroll reporting process, and this will help buy time for employers who may well need to come to new arrangements for how they pay their employees.

“HMRC have also said they will work alongside the smallest businesses in the summer to understand what impact RTI has had on small businesses and see what improvements are needed.

“Our call to action is for business owners to make sure that their submissions to HMRC are accurate and on time.  If not, HMRC can impose penalties and employees could lose out in tax credits if inaccurate data is submitted.  Furthermore, tax codes could be changed inaccurately and on a regular basis, leading to tax ‘under’ or ‘over’ payments by employees.

“Our specialist team will continue to deal with RTI queries for our clients and we are on standby at the end of the phone if they need help with what to submit, how to submit or what to do if it goes wrong. But our advice is clear – employers need to get this right.” 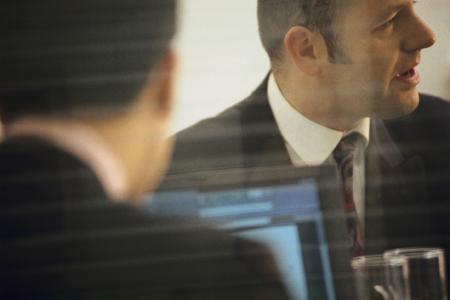